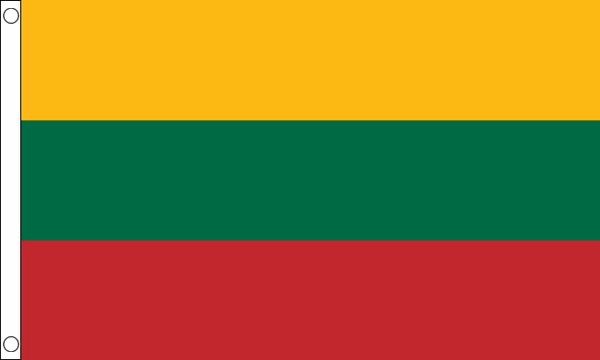 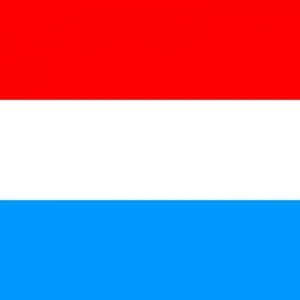 Lithuania Flag is screen printed onto 100% woven polyester in clear, bold colours, our Lithuania Flags have a double stitched hem all around and a reinforced hem on the hanging side with 2 metal eyelets for hanging.

The flag of Lithuania consists of a horizontal tricolor of yellow, green and red. It was re-adopted on March 20, 1989, almost a year before the re-establishment of Lithuania’s independence and almost three years before the collapse of the Soviet Union. Lithuania’s flag was officially adopted on March 20, 1989. Long a part of the former Soviet Union, the Lithuanian flag was reprised after it gained independence in 1991. Yellow is symbolic of the country’s wheat fields; green symbolic of the forests, and red symbolizes patriotism.

Lithuania
Country in Europe
Lithuania is a country and the southernmost of Europe’s Baltic states, a former Soviet bloc nation bordering Poland, Latvia and Belarus. Its capital, Vilnius, near Belarus’ border, is known for its medieval Old Town. It also has Gothic, Renaissance and baroque architecture, and 18th-century cathedral built on a pagan temple site. Hilltop Gediminas’ Tower, a symbol of the city and the nation, offers sweeping views.

Be the first to review “Lithuania Flag” Cancel reply
Your custom content goes here. You can add the content for individual product
Back to Top