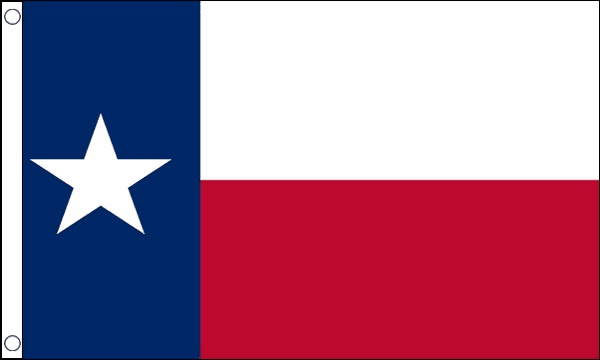 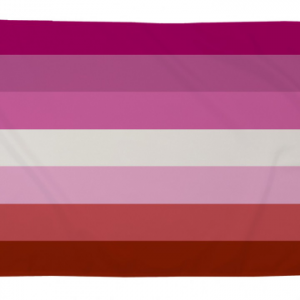 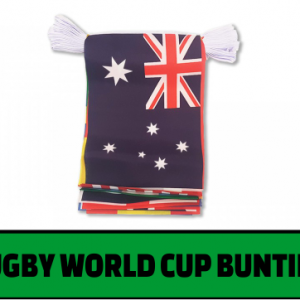 This Texas Flag is screen printed onto 100% woven polyester in clear, bold colours, our Texas Flags have a double stitched hem all around and a reinforced hem on the hanging side with 2 metal eyelets for hanging.

Texas Flag Meaning
The flag of Texas is the official flag of the U.S. state of Texas. It is well known for its prominent single white star which gives the flag its commonly-used name: “Lone Star Flag.” This lone star, in turn, gives rise to the state’s nickname: “The Lone Star State.”
This Texas Flag Code assigns the following symbolism to the colors of the Texas flag: blue stands for loyalty, white for purity, and red for bravery. The code also states that the single (lone) star “represents ALL of Texas and stands for our unity as one for God, State, and Country.”

Texas
US State
Description
Texas is the second largest state in the United States by both area and population. Geographically located in the South Central region of the country,Texas shares borders with the U.S. states of Louisiana to the east, Arkansas to the northeast, Oklahoma to the north, New Mexico to the west, and the Mexican states of Chihuahua, Coahuila, Nuevo León, and Tamaulipas to the southwest, and has a coastline with the Gulf of Mexico to the southeast.

Be the first to review “Texas Flag” Cancel reply
Your custom content goes here. You can add the content for individual product
Back to Top