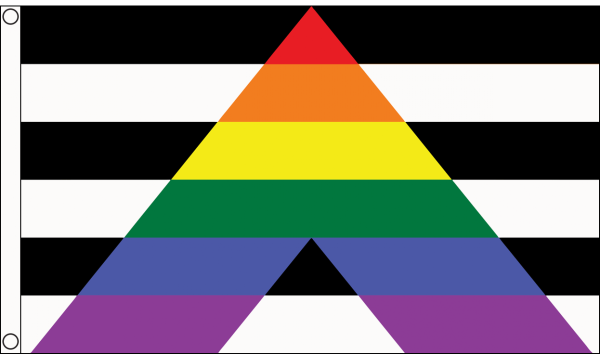 This Straight Ally Flag is screen printed onto 100% woven polyester in clear, bold colours, our Pride Flags have a double stitched hem all around and a reinforced hem on the hanging side with 2 metal eyelets for hanging.

An ally or straight ally or heterosexual ally is a heterosexual or cisgender person who supports equal civil rights, gender equality, LGBT social movements, and challenges homophobia, biphobia and transphobia. Despite this, some people who meet this definition do not identify themselves as allies.

Be the first to review “Straight Ally Flag” Cancel reply
Your custom content goes here. You can add the content for individual product
Back to Top