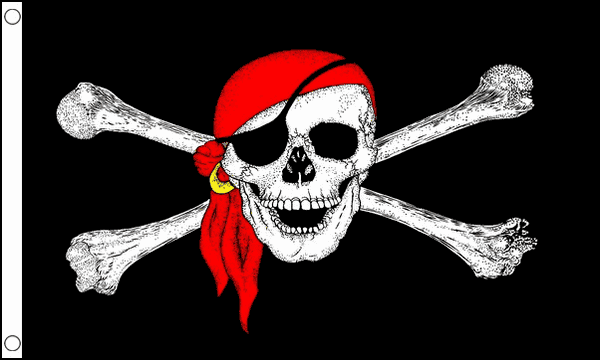 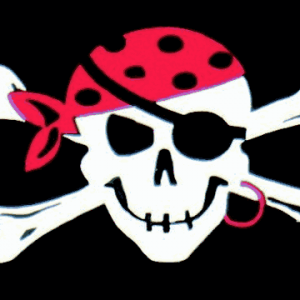 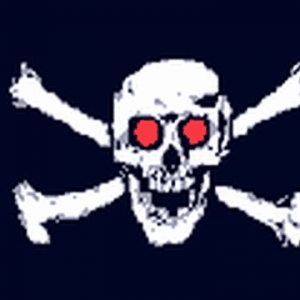 These Pirate Bandana Flags  are screen printed onto 100% polyester in clear, bold colours, our Pirate Flags have a double stitched hem all around and a reinforced hem on the hanging side with 2 metal eyelets for hanging.

Pirate Flags were used to strike fear into the hearts of all who were unfortunate to encounter them. They also served as identification of the pirate or privateer who performed the deed. It was the seal or signature of those who bore the Jolly Roger on their ship.

Jolly Roger is the traditional English name for the flags flown to identify a pirate ship about to attack, during the early 18th century (the later part of the Golden Age of Piracy).

Be the first to review “Pirate Bandana Flag” Cancel reply
Your custom content goes here. You can add the content for individual product