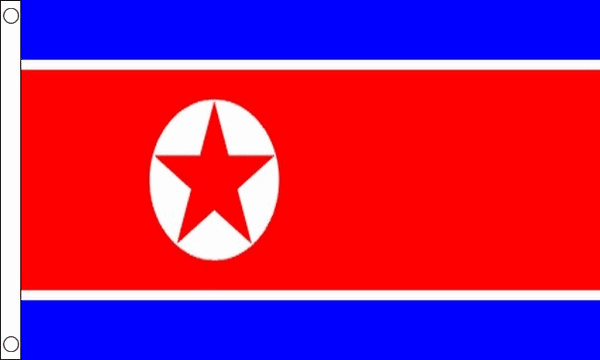 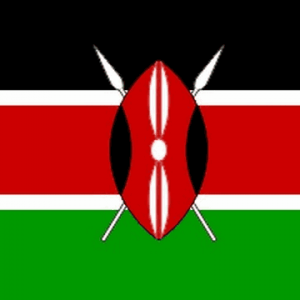 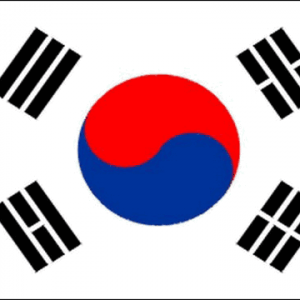 Our Korean Flag is screen printed onto 100% woven polyester in clear, bold colours, our Korea North Flags have a double stitched hem all around and a reinforced hem on the hanging side with 2 metal eyelets for hanging.

Flag of North Korea. A wide red stripe at the center, bordered by a narrow white stripe both above and below, followed by a blue stripe. The central red stripe carries a five-pointed red star within a white circle near the hoist.

The North Korea flag was officially adopted on September 9, 1948. The two blue stripes signify sovereignty, peace and friendship. the white stripes signify purity, red represents the Communist revolution and the red star is the recognized symbol of Communism.

Be the first to review “North Korea Flag” Cancel reply
Your custom content goes here. You can add the content for individual product
Back to Top