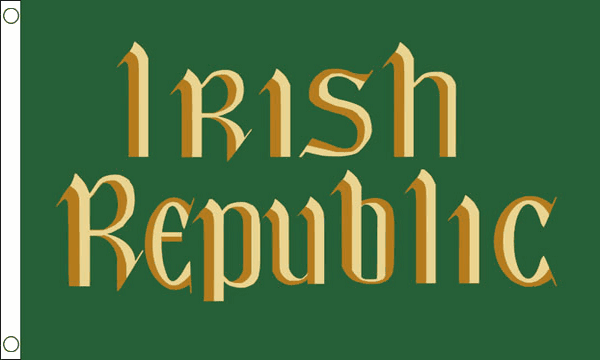 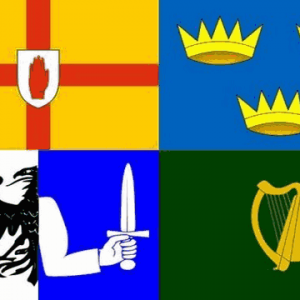 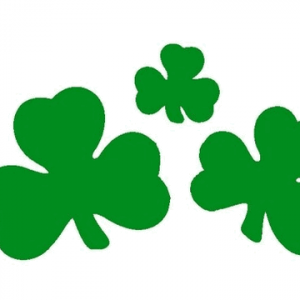 These Irish Republic Flags are screen printed onto 100% woven polyester in clear, bold colors, our Irish Republican Flags have a double stitched hem all around and a reinforced hem on the hanging side with 2 metal eyelets for hanging.

The Easter Rising also known as the Easter Rebellion, was an armed insurrection in Ireland during Easter Week, April 1916. The Rising was launched by Irish republicans to end British rule in Ireland and establish an independent Irish Republic while the United Kingdom was heavily engaged in the First World War.

Ireland
Country in Europe
Description
The Republic of Ireland occupies most of the island of Ireland, off the coast of England and Wales. Its capital, Dublin, is the birthplace of writers like Oscar Wilde, and home of Guinness beer. The 9th-century Book of Kells and other illustrated manuscripts are on show in Dublin’s Trinity College Library. Dubbed the “Emerald Isle” for its lush landscape, the country is dotted with castles like medieval Cahir Castle.

Add a review Cancel reply
Your custom content goes here. You can add the content for individual product
Back to Top