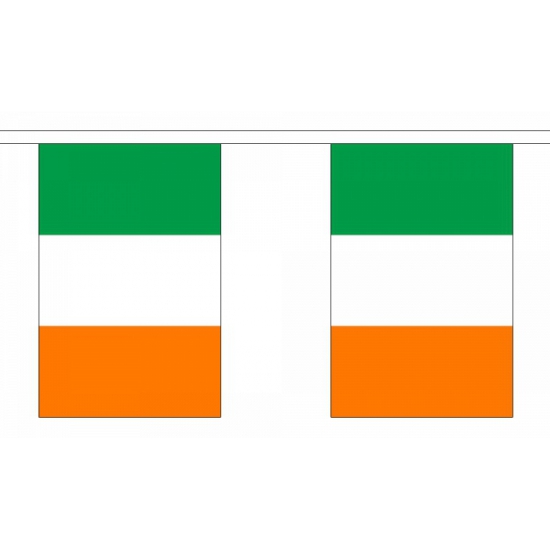 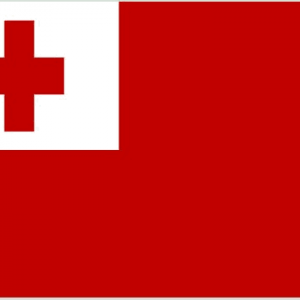 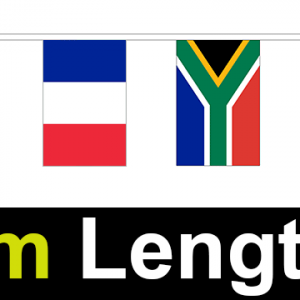 Ireland Flag. The flag of Ireland (irish flag) was established by the Constitution on December the 29th, 1937, even if it had been in use since January the 21st, 1919. It takes inspiration from the french tricolor: green the color of the Catholics, orange the color of the Protestants and white (in the middle) the color of peace and unity. National Flag. The National Flag of Ireland, a tricolour of green, white and orange, is intended to symbolise the inclusion of and the aspiration for unity between people of different traditions on this island. The flag is twice as wide as it is high. The three colours are of equal size and the green goes next to the flagstaff.

Be the first to review “Ireland Bunting” Cancel reply
Your custom content goes here. You can add the content for individual product
Back to Top