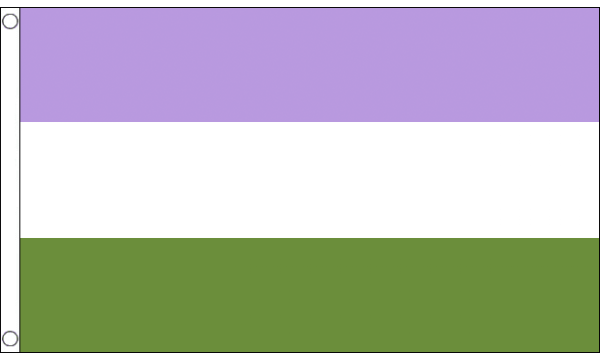 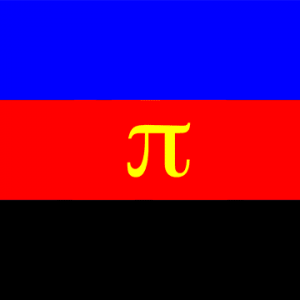 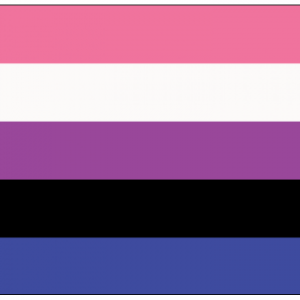 This Genderqueer Flag is screen printed onto 100% woven polyester in clear, bold colours, our Pride Flags have a double stitched hem all around and a reinforced hem on the hanging side with 2 metal eyelets for hanging.

Genderqueer Flag Meaning
Many flags have been used in the genderqueer community to represent various identities. The genderqueer pride flag was designed in 2011. Lavender represents androgyny or simply queerness, white represents agender identity, and green represents those whose identities which are defined outside the binary.

Be the first to review “Genderqueer Flag” Cancel reply
Your custom content goes here. You can add the content for individual product
Back to Top