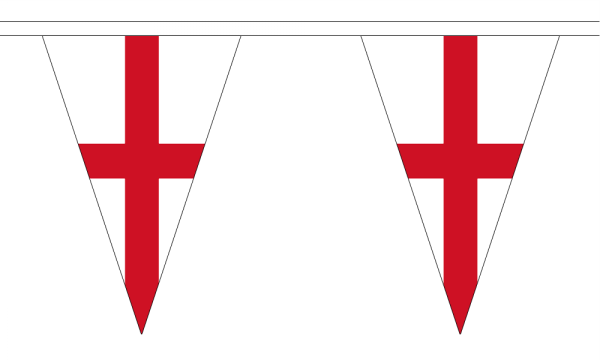 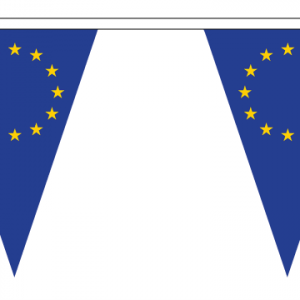 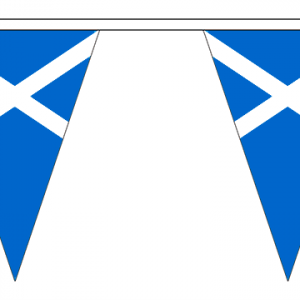 Our England Triangular Bunting Triangular is available in the following lenght, 20 Metres Long

This St. Georges Cross Triangular Bunting contains 54 English flags which are sewn on to a strong polyester tape, each flag is 30cm x 19cm (approx 11.75″x 7.5″) Our Bunting is screen printed onto 100%  polyester material in clear, bold colours.

The flag of England is the national flag of England, a constituent country of the United Kingdom. It is derived from Saint George’s Cross. The association of the red cross as an emblem of England can be traced back to the Late Middle Ages when it was gradually, increasingly, used alongside the Royal Banner.

England is a country that is part of the United Kingdom. It shares land borders with Wales to its west and Scotland to its north. The Irish Sea lies northwest and the Celtic Sea to the southwest. It is separated from continental Europe by the North Sea to the east and the English Channel to the south.

Be the first to review “England Triangular Bunting” Cancel reply
Your custom content goes here. You can add the content for individual product

€39.95
Add to basket
Compare
Wishlist
Back to Top