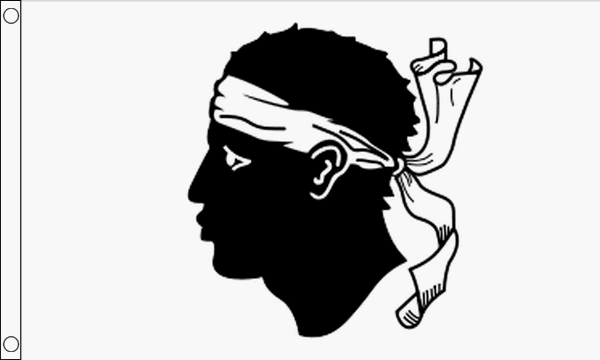 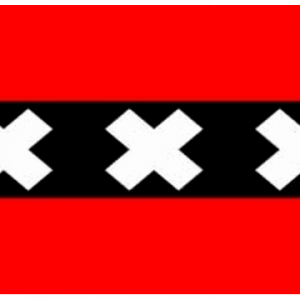 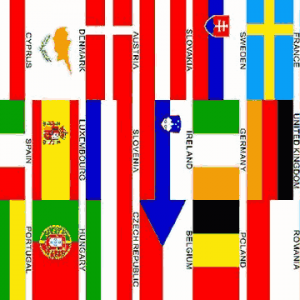 Our Corsica Flags are available in the following sizes : 5ft x 3ft (150cm x 90cm)
These Corsica Flags are screen printed onto 100% polyester in clear, bold colours, our Flags have a double stitched hem all around and a reinforced hem on the hanging side with 2 metal eyelets for hanging.

What does the Corsica Flag represent?
The flag of Corsica is a symbol of freedom. Its origin, such as the origin of the flag of Sardinia, is the battle of Alcoraz in 1096, during which King Peter I of Aragon defeated Moors during Spanish Reconquista. According to another version, the blindfolded moor refers to the Egyptian Saint Maurizio.

Corsica
Corsica is a territorial collectivity of France and an island in the Mediterranean Sea. It lies 105 miles (170 km) from southern France and 56 miles (90 km) from northwestern Italy, and it is separated from Sardinia by the 7-mile (11-km) Strait of Bonifacio.
Ajaccio is the capital of Corsica. The original settlement of Ajax was founded by the Romans 2 miles (3 km) north of the present site, to which the town was moved by the Genoese in 1492. French is the official language of Corsica and is spoken virtually by all Corsicans.

Be the first to review “Corsica Flag” Cancel reply
Your custom content goes here. You can add the content for individual product
Back to Top