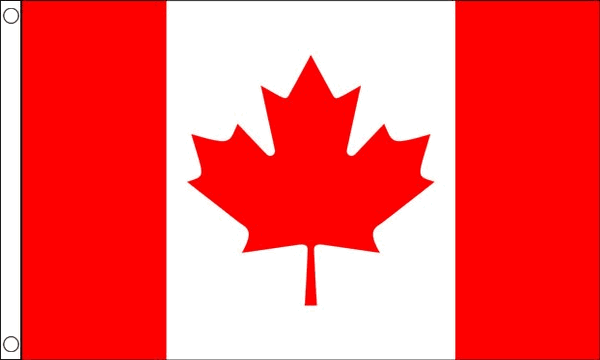 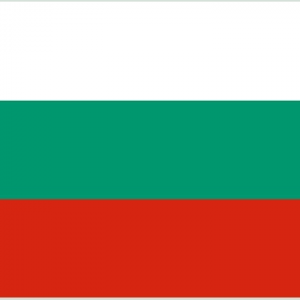 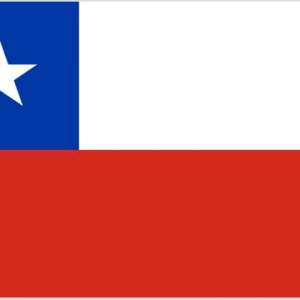 Our Canada Flags are available in the following sizes 5ft x 3ft (150cm x 90cm) & 3ft x 2ft (90cm x 60cm)
These Canadian Flags are screen printed onto 100% polyester material in clear, bold colours, our Canadian Flags have a double stitched hem all around and a reinforced hem on the hanging side with 2 metal eyelets for hanging.

The actual flag of Canada was officially adopted only in the 1965 by the Prime Minister Lester Pearson from more than 4.000 projects. Colours red and white are the official colours of Canada from more than one century like the maple leaf

The flag of Canada, often referred to as the Canadian flag, or unofficially as the Maple Leaf and l’Unifolié, is a national flag consisting of a red field with a white square at its centre in the ratio. Red and white are the national colours of Canada since 1921 (when they were proclaimed by King George V on the recommendation of the Canadian Government). The heraldic description of the Canadian National Flag is: Gules on a Canadian pale argent a maple leaf of the first.Well before the coming of the first European settlers, Canada’s aboriginal peoples had discovered the food properties of maple sap, which they gathered every spring. According to many historians, the maple leaf began to serve as a Canadian symbol as early as 1700

Canada
Country in North America
Canada is a North American country stretching from the U.S. in the south to the Arctic Circle in the north. Major cities include massive Toronto, west coast film centre Vancouver, French-speaking Montréal and Québec City, and capital city Ottawa. Canada’s vast swaths of wilderness include lake-filled Banff National Park in the Rocky Mountains. It’s also home to Niagara Falls, a famous group of massive waterfalls.

Be the first to review “Canada Flag” Cancel reply
Your custom content goes here. You can add the content for individual product
Back to Top