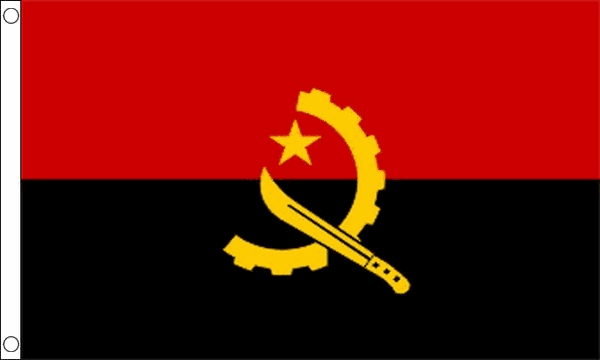 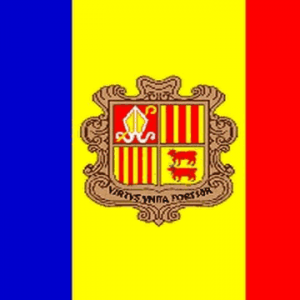 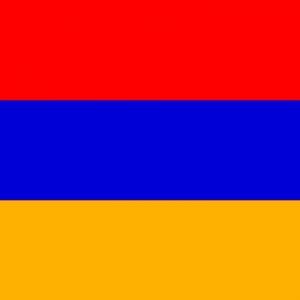 This Angola Flag is available in the following sizes : 5ft x 3ft (150cm x 90cm) & 3ft x 2ft (90cm x 60cm)
Our Angola Flags are screen printed onto 100% polyester in clear, bold colours, our Bahrain Flags have a double stitched hem all around and a reinforced hem on the hanging side with 2 metal eyelets for hanging.

Flag of Angola
National Flag
The national flag of Angola came into use when Angola gained independence on November 11, 1975. It is split horizontally into an upper red half and a lower black half with an emblem resting at the center. It features a yellow half gear wheel crossed by a machete and crowned with a star.

Angola
Country in Central Africa
Angola is a Southern African nation whose varied terrain encompasses tropical Atlantic beaches, a labyrinthine system of rivers and Sub-Saharan desert that extends across the border into Namibia. The country’s colonial history is reflected in its Portuguese-influenced cuisine and its landmarks including Fortaleza de São Miguel, a fortress built by the Portuguese in 1576 to defend the capital, Luanda.

Be the first to review “Angola Flag” Cancel reply
Your custom content goes here. You can add the content for individual product
Back to Top