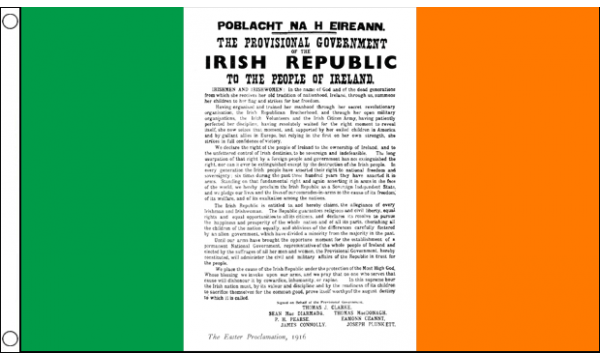 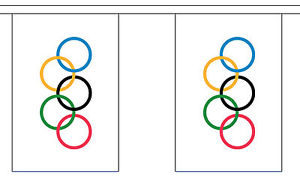 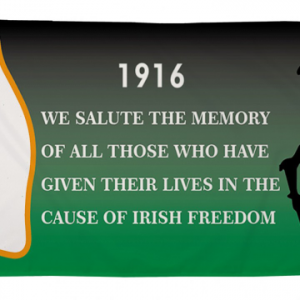 The Easter Rising also known as the Easter Rebellion, was an armed insurrection in Ireland during Easter Week, April 1916. The Rising was launched by Irish republicans to end British rule in Ireland and establish an independent Irish Republic while the United Kingdom was heavily engaged in the First World War

Be the first to review “1916 Easter Proclamation Flag” Cancel reply
Your custom content goes here. You can add the content for individual product
Back to Top